Skydive Jurien Bay is a truly family owned and operated company. Pete Lonnon and Chrissy Sparrow started up Skydive Jurien Bay in 2010, after operating Pete’s Parachuting in The Pilbara in Western Australia since 2002. To date, their kids, Brett who is 11, has received special permission from the Australian Parachute Federation, and has done 11 tandem skydives, (plus about 50 pre-natal!). Bronte, 9 years old has done two tandems, plus her 30-40 before she was born!

Pete was brought up in Fremantle, and was dragged along to do his first jump, by the old fashioned “static line” method of learning to jump back in 1982 when he was only 18 years old. He started jumping regularly at Hillman Farm skydiving club near Darkan in WA. He developed a passion for the sport, and the friends he made there are still his close friends to this day. His boring day job as a boiler maker started to feel bland and unsatisfying, and he obtained his Static Line Skydiving Instructor rating in 1984.

With adventure in his heart, Pete hitchhiked over to Alice Springs where he discovered his love of flying aeroplanes as well as jumping out of them, and worked through his private and commercial pilot licences. While continuing his skydiving instructing in Alice Springs, he gained a job as a “flying salesman” which required him to fly all around South Australia, The Northern Territory and into Western Australia, visiting remote aboriginal communities to stock community stores. He flew into all sorts of bush airstrips and navigated across miles of desert for this responsible but rewarding position.

In 1994 Pete moved to Adelaide, and started working full time in skydiving at Lower Light Skydivers. After 2 years honing his skills and achieving new instructor ratings, he moved up to Darwin in the Northern Territory, where he gained his tandem instructor rating and Chief Instructor rating. Pete achieved the impossible when the RAAF allowed him to take people tandem skydiving through RAAF controlled airspace onto Mindle Beach in Darwin, the site of the famous markets. Pete, with his business partner, Drew Innes, operated Pete’s Parachuting with a small Cessna 182 aircraft until 2001.

In 2001, Pete was asked to train some new skydiving students in Karratha, Western Australia. One was there, a 27-year-old who had lost her partner in a boating accident the year before. Originally from Sydney, Chrissy had completed her university degree, then gone working and travelling through Europe and Asia through most of her 20s. She came back to Australia and started working as a travel agent, before a visit to an old friend in Karratha turned into something special, and the next thing found herself packing up her life to move to remote Western Australia with her new partner. It was less than a year later, (she had been booked in for her solo skydiving course the following week), when her partner’s boating accident occurred. Life was bleak for the following year, until she met the president of the local skydiving club who suggested she finally come for her jump. Her skydive made her smile again, for the first time in a year, and life turned a corner with her new passion for skydiving and a reason to live again. Pete courted the travel-loving new skydiver with an invitation to a round the world trip, visiting South America, then a skydiving trip through the USA, Canada and Europe. They spent a season working at a dropzone near Vancouver in Canada, before returning home to Australia at the end of 2002. Chrissy wasn’t ready to leave The Pilbara yet, and convinced Pete to come back to Karratha to run Wickham Skydivers nearby. Within a couple of years, Brett and Bronte came along, while Chrissy had obtained her skydiving instructor ratings and become integral to the running of the business.

“SKYDIVERS ARE A GIANT FAMILY UNITED IN THEIR LOVE OF FLYING AND FREEDOM. IT’S A BEAUTIFUL THING” – Christine Sparrow

In 2008, they flew down to Jurien Bay in their own plane for a short break. One look at the Turquoise Coast from the air had them hooked, and they began making plans to move their business and their family down to Jurien Bay to create the World’s Most Beautiful Beach Skydive. After many years of being told that it was “impossible to have a beach skydiving operation in Western Australia, it’s too windy!” they trialled skydiving in Jurien Bay at the windiest time, in December and January. Discovering that things could work in the early mornings, and that they experienced beautiful weather through Winter, (and in Winter they could jump all day long), they made the move in December 2009. Their goal was to make a skydiving experience which could not be beaten anywhere in the world. They worked hard and borrowed to ensure they could provide the most well maintained and safest aircraft and equipment, create the best facility, and most importantly attract the most experienced, charismatic, passionate, and safest staff in the world. They broke the mould with what a skydiving operation should be. With an operations hub in the middle of a town, instead of stuck out in a paddock or at an out of the way airfield. The constant question they are always asking is “How can we improve?! How can we create the perfect environment for both our staff and our customers so that skydiving can change peoples lives in such an enormous and positive way in the same way that ours were?” 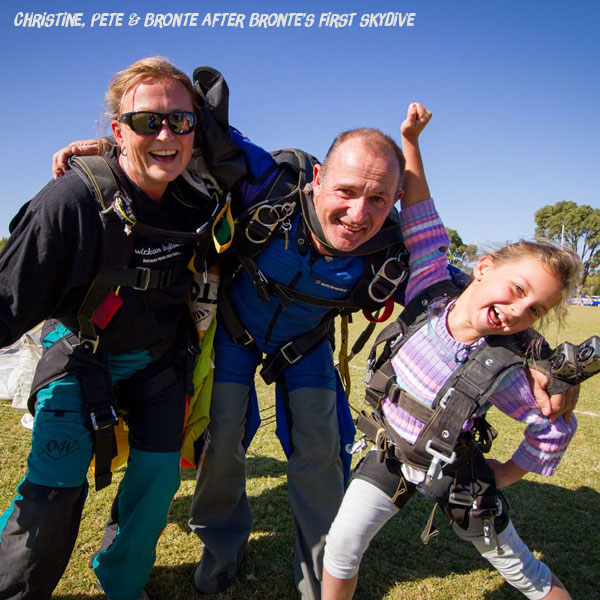 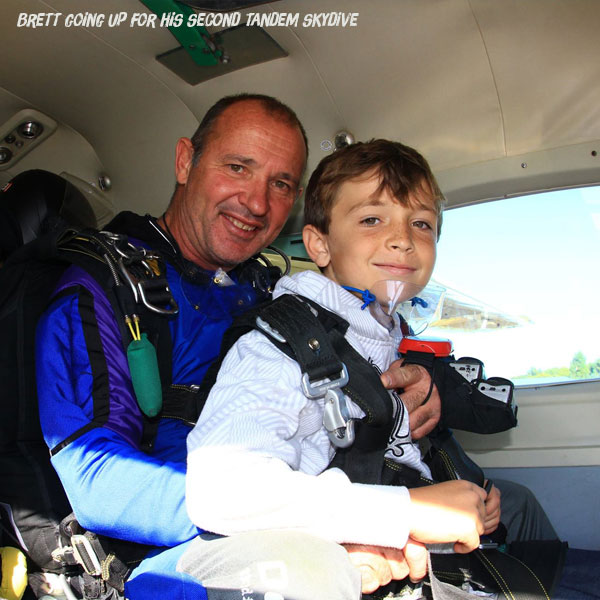 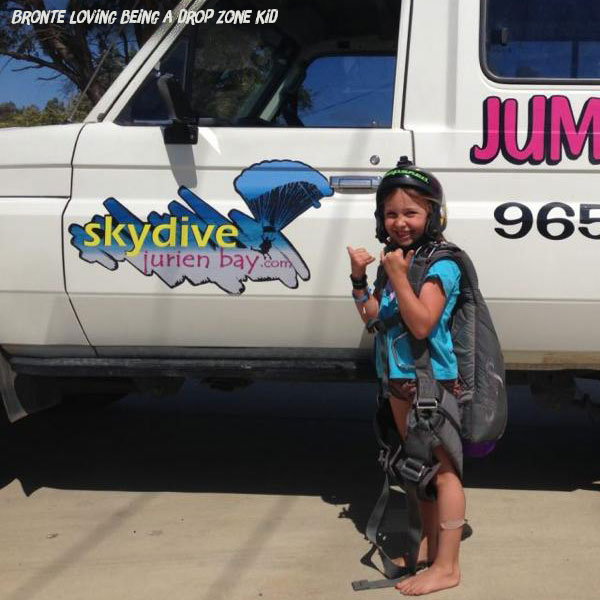 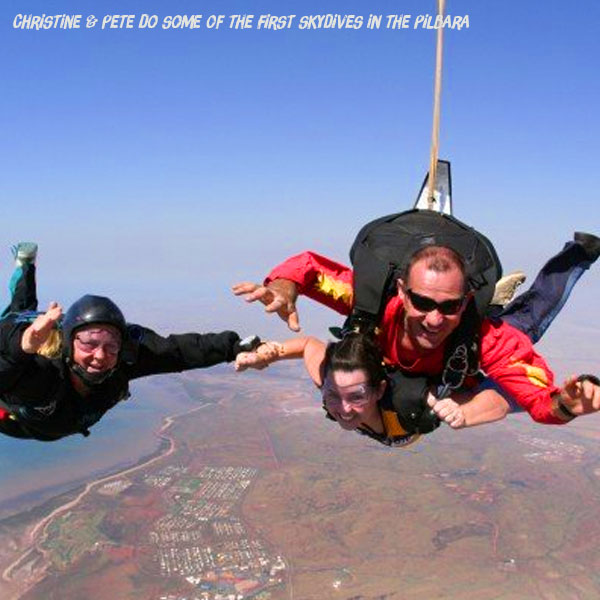 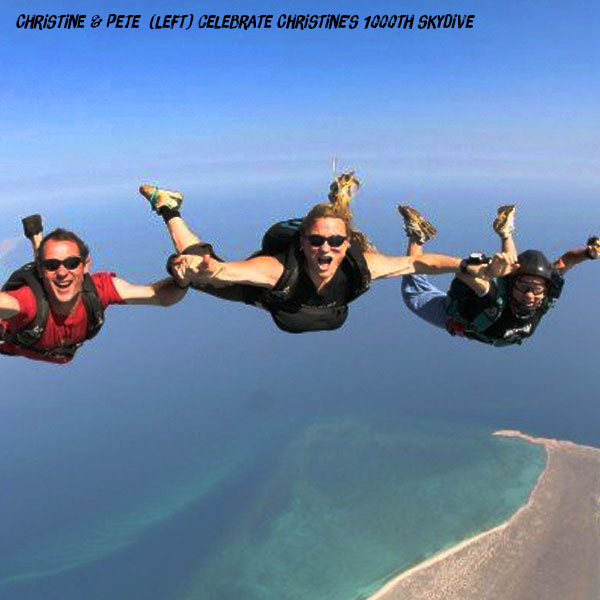 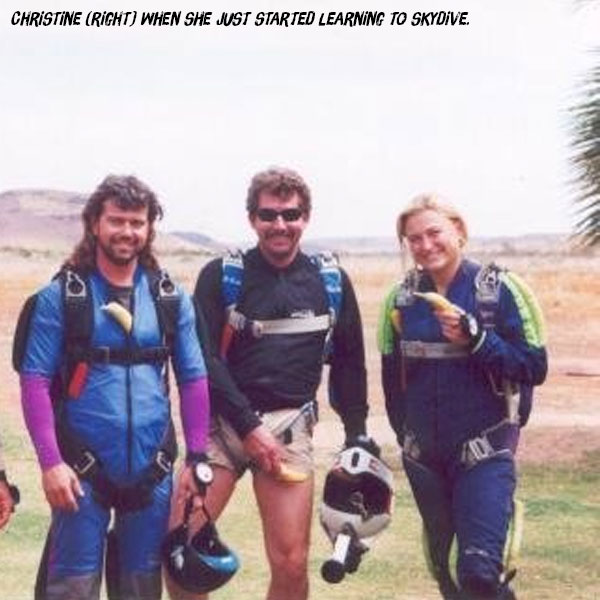 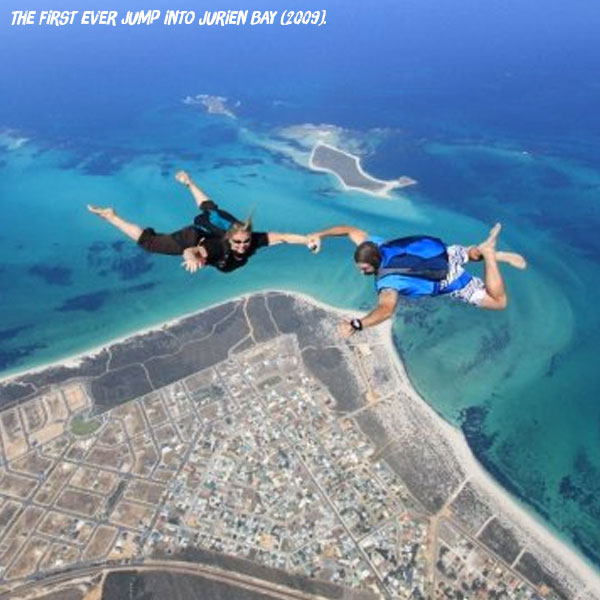