Our staff are competing at the 2016 world parachuting championships

Two of our staff members, Chris Garcia and Split Brown will represent Australia in the 2016 World Parachuting Championships in Chicago from September 11 to 20, 2016.

The pair make up 2 of the 3 participants in their team. They will compete in the the Canopy Relative Work (CRW) competition. This involves two participants flying their canopy very close to each other and doing specific formations. The third team member is responsible for filming the performance, so they fly their canopy just a few meters back from the performers. The video footage is then submitted to the judges on the ground and teams are awarded 1 point for each correct formation/move they complete. The team that scores the most points wins.

Chris and Split have been tandem instructors at Skydive Jurien Bay for many years now however they’ve taken some time off work to put their badass skills to the test against the world’s best.

Having such professional skydiving athletes as part of our team is what separates Skydive Jurien Bay from other skydive operators in Western Australia. You’re in safe hands when you skydive with our team.

Photos: Chris with a keg that he took for a skydive for Feral Brewery, Split base jumping in Malaysia, and Split and Richie training their CRW. 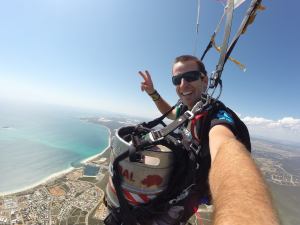 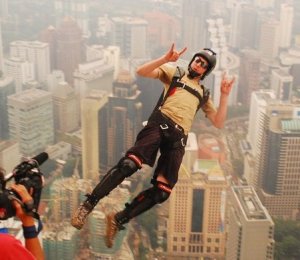 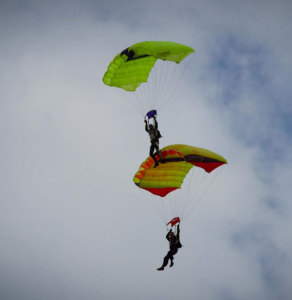